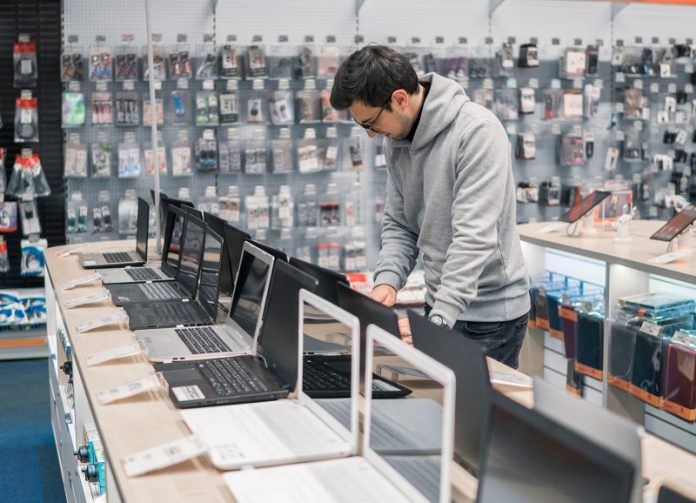 The holiday sales are upon us! Now is the best time to replace that laptop that’s being held together with hope and duct tape. All you have to do is figure out what you want to go with this time around.

Between all the different models and operating systems, it can be a little overwhelming. Especially when you’re trying to browse and fight the Black Friday crowd at the same time.

We’ve got a few tips for buying a laptop that will help guide you through. Keep reading to find out how to choose the best computer to suit your needs.

1. Figure Out What You’re Buying the Laptop For

The first step for finding the best home laptop computer is figuring out what you need it for. If you’re only going to be browsing the web and paying bills, you don’t need to get a top of the line gaming computer, for example.

Once you’ve figured out what you’ll be using your computer for, it’s time to choose your operating system. There are three contenders that you have to choose from: Mac, Windows, and Chrome OS.

Out of all the operating systems, Windows is the most common. That means that you’ll have plenty to choose from when it comes to laptop models and prices.

Windows is also the most versatile operating system. It will play pretty much any game that you have in your Steam library and you can use it for work and school.

If you already have an iPhone or Apple Watch, there’s no reason not to go with a Mac. All three products work together seamlessly. You can start a Pages project on your computer and finish it on your phone.

You’ll be able to answer your phone calls and text messages on your laptop, which is surprisingly good for productivity. You can use your Watch to control some of the apps on your Mac.

We will tell you that Macs aren’t the best thing to get for gaming. The operating system doesn’t support most of them so you won’t be able to play anything that you own. Macs are also not the computer to get if you want a laptop with a touch screen.

If you need a cheap laptop that can get the job done, Chrome OS will be the laptop you want to pick up. You won’t be able to play games on it or do anything wild, but you will be able to browse the internet and check your email.

Chrome OS is a popular first computer option for children. Parents also tend to get them for their middle and high school kids because they can do their school work on it and Chromebooks aren’t vulnerable to viruses.

They can still get them, mind you. They’re just less likely to get them.

Even on Black Friday, getting a cheaper laptop isn’t always better. They might not have all the features that you need them to have. For example, if you spring for a gaming laptop with a weak graphics card because it’s less expensive, your games aren’t going to run the way you want them to.

On the flip side of this, you don’t want to pay for more than you’re going to use either. If you only want to do your schoolwork and scroll through Facebook, you don’t need a powerful processor.

If you’re going to be transporting your laptop to work with you or carrying it around a school campus, screen size matters. The bigger the screen, the less portable the device. Laptops typically come in a size range between 11-18 inches.

We’ll say that the sweet spot is around 13-14 inches. A laptop this size will be light enough to carry around with you while not being so small that you have trouble looking at the screen.

If you’re not going to be carrying the computer around all the time, 15 inches is a good choice. Anything larger than that and you might as well get a desktop instead.

Before you start looking around for the best Black Friday tech deals, it’s a good idea to do a little research on specs. It will be hard for you to flag down an employee to ask on Black Friday because of the crowds. The good news is that we have everything you need to know right here.

Your processing power is the main thing you want to consider. Your CPU is the brain of the entire machine. Even if you’re not going to be doing too much on the computer, you need a good CPU.

For gaming laptops, it’s the second most important thing because it tells your graphics card how much it’s allowed to render as far as images go. Either way, the computer you snag should at least have a Core i5 installed.

RAM is also known as random access memory. it gives your computer a place to store its short-term memory. Many of the cheap laptops that you can get on Black Friday only come with 4GB of RAM.

You’re going to need a little bit more than that if you want to do anything more than look up things on Google. Spring for a tips for buying a laptop that has at least 8GB.

When it comes to storage space, you’ve got two choices. There are the standard hard drives. They’re not that fast but they can store a massive amount of data.

The second type of storage is the solid-state drive. It can’t store quite as much data but your computer will run much faster than it would if you had a regular old hard drive.

If you can afford a laptop with a 1080p display, that’s the one you want to go for. The more pixels that are packed into a display, the better the picture.

That doesn’t mean you need to go out and tips for buying a laptop laptop with a fancy 4K display. Unless you’re doing video editing or gaming, it will pack more power than you’ll use.

Besides, you’ll spend more money on a laptop that supports 4K and your battery won’t last long before you have to plug it into the wall.

A graphics card is the most important feature in a laptop if you’re planning on gaming or creating 3D objects. You’ll have to go big or home because you won’t be able to upgrade to a better graphics card later like you can with desktops.

If you’re not planning on gaming, it doesn’t matter as much. As long as the laptop has a powerful CPU and 8GB of RAM, you’ll be good to go no matter the graphics card.

6. Try Before You Buy

Before you commit to buying a laptop, you need to take it for a little test drive. Most specialty stores like Apple and Best Buy will allow you to play around with all the basic components that the computer has to offer.

You can type a little on the display models at Walmart too. You won’t be able to do much but you can get a feel for the keyboard and find out if it’s comfortable.

If you don’t have the money to get a laptop with the specs that you want, consider buying a refurbished computer. It might not last you as long as one that’s brand-new out of the box, but you’ll have everything that you need for a while, at least.

Another thing you should know is that refurbished laptops don’t come with a warranty. If it breaks, you might just be out what you spent on it and have to buy a new computer.

Tips for Buying a Laptop During Black Friday

Is your computer starting to run slower? Are you tired of not being able to pull up the programs you need? It might be time for you to buy another device.

Black Friday is the best time of year to buy a new laptop because you can get a good deal. Still, a cheap computer isn’t always a good thing. Keep these tips for buying a laptop in mind when you go shopping and get a machine that will suit your needs.

Are you looking for more ways to get an awesome computer? Check out our blog daily for more articles like this one.

What Do You Need to Know about Outlook Data File Corruption?

13 Travel Tech Items That Will Upgrade Your Next Trip

Important Tech Worth Installing On Your Phone

How to day trade from your phone