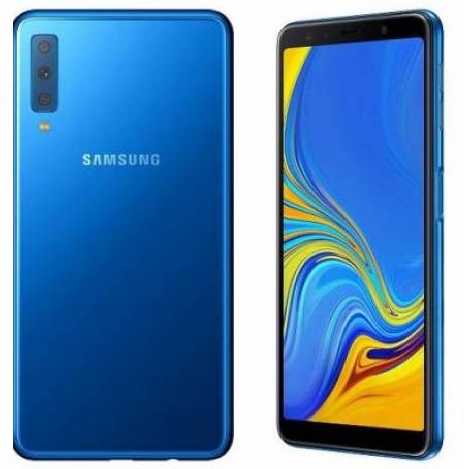 Samsung has officially launched a new Android smartphone dubbed Galaxy A70 in India. This latest addition to the trending Galaxy A-series features a bigger display, armed with ample battery capacity and other interesting specs. The mid-range smartphone was actually unveiled a few days ago, now it has arrived in India at a pretty good price.

Just like the Galaxy A50, this latest Galaxy A70 Android smartphone is made with the same Glasstic 3D material with a Super AMOLED 6.7-inch display and a resolution of 1080 x 2400 pixels. It also comes with a waterdrop notch which houses the selfie shooter. The screen houses a responsive in-display fingerprint scanner.

Software-wise, the Galaxy A70 comes with Qualcomm Snapdragon 675 SoC pegged at 2GHz octa-core processor with Adreno 612 GPU for graphics. The Smartphone runs One UI-based on Android 9 Pie out of the box. The phone also packs a reasonable 6GB of RAM along with 128GB onboard storage for fast processing of data and storing your files and contents. The storage can further be expanded up to 512GB via MicroSD card.

In terms of camera, Galaxy A70 features a triple rear camera setup that houses a 32MP f/1.7 primary camera, an 8MP f/2.2 ultra-wide sensor, and a 5MP f/2.2 aperture depth sensor. On the front is a 32MP sharp selfie shooter for clean and clear selfies and video calls.

The Android smartphone will be available for purchases in India, starting from May 1st at Rs 28,990. The Galaxy A70 will be available in Blue, Black and White colour options and those that can pre-order the smartphone between 20th and 30th of April will be able to buy the U Flex Bluetooth headphones worth Rs. 3,799 for Rs.999.

Important Points to Note before Choosing an IT Recruiter

Are there places where I can buy diazepam online?

The Chinese phone maker, Vivo is working on launching a new budget Android smartphone called Vivo Y17. The smartphone will...