Home Mobile Here Are The Images Of The Infinix S5 Pro With Pop-Up camera... 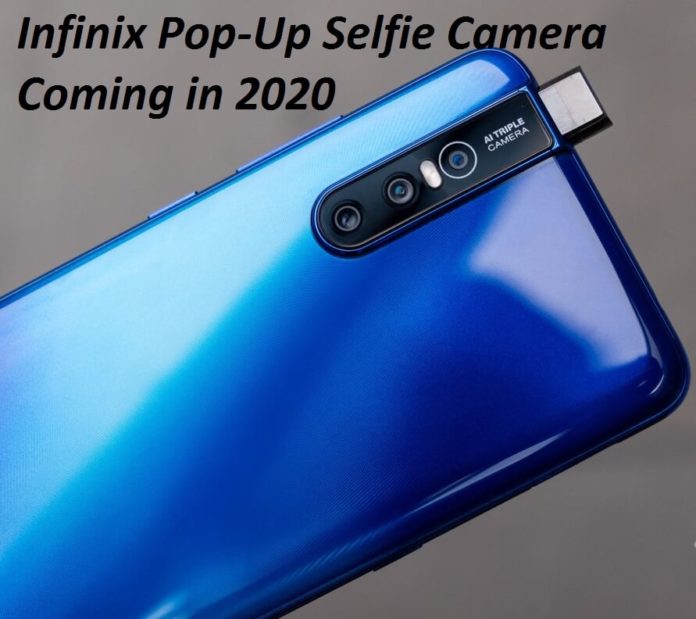 You remember the upcoming Infinix S5 Pro with Pop-up selfie camera we reviewed the last time? Well, some of the live images have been leaked online, revealing the true design and what is expected of the latest Infinix phone.

According to what we gathered from Gizmochina, the upcoming device is expected to feature a 6.6-inch display without a notch and a pop-up camera at the front for selfie shots.

In the camera department, Infinix S5 Pro will host a triple rear camera setup, of which 48MP is the primary sensor and I believe it is the first from the brand. The other sensors are yet to be revealed at the time of filing this report.

The phone is rumored to come with a 4000mAh battery with AI smart power management feature. Also, Infinix S5 Pro may be powered by MediaTek SoC along with a rear-mounted fingerprint scanner.

Though the official price of the phone is still not known, but some reports claim that the phone will be launched at the price of $139 which is about N51,000 in Nigeria. Infinix S5 Pro will be available in Green and Violet color options.

The two budget smartphones are driven by Helio P22 chipset and 3GB/4GB of RAM respectively. Both phones host 32GB and 64GB of internal storage respectively. The phones run Android 9 (Pie) Operating System based on XOS UI. For power, the Infinix S5 and S5 Lite are packed with 4,000mAh batteries; same as the new Infinix S5 Pro.

In terms of camera, the Infinix S5 comes with a 32MP selfie camera while the S5 Lite variants feature a 16-megapixel selfie shooter. While the S5 Lite sports a dual-camera at the back, the standard S5 is armed with a triple rear camera setup. In Nigeria, Infinix S5 is priced N33,000 which is about $92 while the standard S5 is priced N40,000 ($112).

As we await the official release of the iTel Vision 1, iTel Mobile is also adding another budget android smartphone...