Home Tech How To Connect Phone To TV With USB 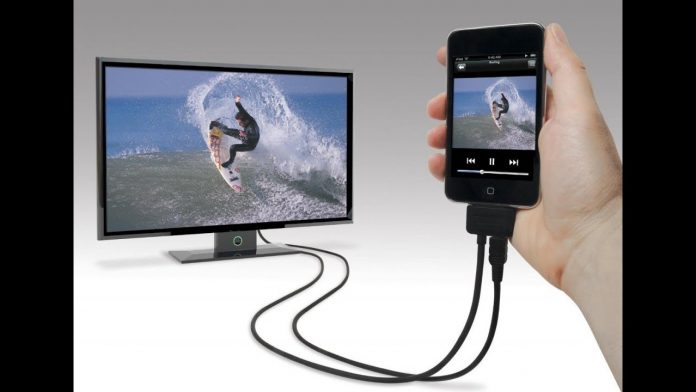 Do you want to cast your smartphone screen on your TV? So you can show your friends your vacation videos or photos. But would you like to avoid the risk of lag or loss of connection typical of wireless systems? Do you want to stream a movie on your mobile phone and project? It on your living room TV without having to “fiddle” with the Wi-Fi configuration?. If that’s the way it is, let me tell you how. This article gives you a full guideline on how to connect the phone to the TV with a USB.

In today’s guide, in fact, I will show you how to connect the phone to the TV with cable. Indicating the cables and any adapters to use with both Android smartphones and iPhones. Before starting, however, I remind you that some applications. For example, those of pay-TV prohibit the transmission of content from smartphone to the TV. So you may run into some playback problems even with the correct cable or adapter.

How do you say? Can’t wait to get started? Then let’s not waste any more time! Sit comfortably and pay attention to the suggestions that I will show you in this guide of mine.

To connect your phone to the TV via cable. You can rely on one of the many HDMI cables available on the market. However, before buying one, you must check the compatibility and connector type supported by your smartphone as you may need special cables or adapters.

Also Read: What is NFC On Phone

In modern smartphones and almost all mid and high-range ones, a USB-C port is available. That allows you to charge the battery and connect with other devices, such as PCs, game controllers, printers, keyboards, mouse and, precisely, televisions.

Although this kind of connection was also possible with the micro USB standard, you can also transmit the audio/video signal without additional technologies, thanks to the USB-C one. In fact, USB-C goes from 480 Mbit / s (for micro USB) to high speeds. Such as 20 Gbit / s or even higher, as well as having more contact pins.

Therefore, by using special USB-C to HDMI cables. It is possible to transmit an audiovisual signal from the smartphone to the TV. However, as I have already anticipated, you can only use this solution on devices equipped with it. This specific USB port and you cannot bypass. This problem even using a micro-USB to USB-C adapter on models that do not have one.

Also Read: Why Is My Phone So Slow

Suppose you are looking for a USB-C to HDMI cable. I recommend that you evaluate one of the solutions I propose below. You will find different types of cables of various lengths or some more robust, equipped with a braided nylon coating.

How to connect the phone to the TV with MHL cable

In addition to the solution, I proposed in the previous chapter. There are also other technologies that you can use to transmit an audio/video signal from your smartphone to the TV: I am referring to the MHL one. MHL technology was introduced in 2009 to allow portable devices. Such as smartphones, to also transmit the audiovisual signal, using a micro USB to HDMI cable.

Several mobile device manufacturers use this technology. But they have replaced the old standard in micro USB with the newer one in USB-C. An MHL cable can support a maximum resolution of 8K, in the case of superMHL, and transmits the audiovisual signal in an encrypted way. It supports HDCP, an anti-piracy DRM for the protection of audiovisual contents.

An element to consider if you are interested in this technology is the type of cable used: there are, in fact, active or passive MHL cables. An active MHL connection requires an external power source, which is not essential in passive MHL.

Furthermore, you must check whether this technology is supported in the technical specifications of the mobile phone you own. You can check the updated list of MHL compatible devices directly on the official website at this link. If you are interested in buying an MHL cable, you notice that micro USB to HDMI to 5 pins or those in 11-pin (for Samsung smartphone). In any case, you have to make the distinction whether passive or active. As for those passive micro USB-HDMI MHL, you can take a look at the ones I propose below.

How to connect the phone to the TV with SlimPort cable

An alternative to MHL technology is SlimPort, which, on balance, does not appear to be very different from the previous one if you look from the perspective of the result that is achieved: both technologies, in fact, allow you to transmit the images of a mobile phone display. On TV.

However, a connection in SlimPort allows you to reach a maximum resolution of 4K. Still, it extends the compatibility of supported monitors, including displays with HDMI ports and those with DVI, DisplayPort, and VGA.

How to connect Huawei phone to cable TV

If your goal is to connect your Huawei phone to the TV via a cable, then know that I have several solutions that can be for you.

As I explained to you in the previous chapters, you can connect smartphones and TV using cables that use different technologies. In the case of Huawei smartphones, some models support the MHL standard, while with others, you can use a simple USB-C to HDMI cable, which I told you about in this chapter.

In any case, in addition to consulting what I have already indicated to you in the previous chapters, you can also take a look at my guide on how to connect Huawei to the TV, in which I told you in detail both how to carry out this operation via cable, and also with wireless solutions.

How to connect iPhone phone to the TV with cable

If, on the other hand, you intend to use the USB port of the smartphone to connect with your TV, then you can use one of the different solutions that I have proposed previously: you can use a USB-C to HDMI cable, such as I explained to you in this chapter, or use an MHL or SlimPort one, which I told you about in the respective chapters.

If, however, you can’t make a cable connection between phone and TV, then I suggest you read my guide on how to connect  Phone To TV With USB, in which there are some solutions to establish a wireless connection between smartphones and TV.

How to connect your smartphone to TV via MHL

How to connect the smartphone to the TV via SlimPort, slightly more expensive but more flexible

Slimport cables are slightly more expensive because this standard is a bit more complex. Conversely, it supports not only HDMI connections but also different standards such as DVI and VGA. In this case, we must also check if our device is compatible with the standard’s official page. Then let’s get a suitable cable, connect it to our phone, turn on the TV and connect the HDMI (or DVI, or VGA) cable to the adapter. Also, in this case, the system is plug and play.

How to connect the tablet to the TV via USB:

Android In Android’s case, we can easily use the two systems seen above: let’s check if our tablet is compatible with one of the two standards, get the right cable, and connect. With any luck, tablets and smartphones will support the same standard, and we can use them both with the same cable.  For Android, it is simply a matter of understanding the USB’s name to the HDMI adapter. We need to know which one to buy.

If you had a Miracast compatible TV and mobile device, everything would be much easier: Miracast is a standard for wireless device connections that can be considered “the equivalent of HDMI without cables.” We talked about it in the article Miracast, what it is, and how it works. Use the TV as a wireless display.

With Android smartphones, to cast the screen to the TV via Miracast. Just touch the Cast icon that appears in the shortcut menu. In the notification area or access the settings and go to the Screen section. Here you will find either the Cast Screen option or enter the Enable Wireless Display menu.

Owners of an Amazon FireTV Stick can always use Miracast to stream content from their mobile device or connect the phone to the TV using one of the applications presented in the following paragraph: both LocalCast and BubbleUPnP support Miracast and Fire TV Stick.

With Android, use an application such as LocalCast or BubbleUPnP.

More or less modern smart TVs support different protocols to send them streaming audio and video streams from mobile devices and other devices connected to the local network: Smart TV and play multimedia content available on the local network.

The LocalCast app allows you to stream any multimedia content via DLNA / UPnP and allows. You to access shared resources on the local network via SMB / Samba.

A cloud storage service, such as Google Photos, Google Drive, and Dropbox, can also act. As a server for streaming content: see the article Local cast, an app to stream content from your smartphone.

In the unregistered version, LocalCast displays a few advertisements. But the advice is to activate the “Pro” by paying the author the amount deemed most appropriate.

After connecting the TV via Ethernet cable or WiFi to the LAN, LocalCast will also appear – among the devices on which to play streaming content – Android TV, Apple TV, Sony, Samsung, LG, Panasonic televisions. As well as Chromecast, Amazon Fire TV, Sonos, Xbox 360, Xbox One, NVidia Shield, and more.

FAQ at a glance

How to connect the phone to the TV with Chromecast?

Just connect the Chromecast to the TV’s HDMI port, configure the connection, and connect the smartphone to the same WiFi network. To transmit the video, press the box with the WiFi waves.

How to connect the smartphone to a TV with Miracast?

First, check the compatibility of both with Miracast. For transmission, select the Cast option on your smartphone.

How to connect iPhone to TV with Airplay?

To use this technology, you will need an Apple TV or TV that supports AirPlay. Just tap on the Airplay icon on your iPhone, choose the device, and start the transmission.

How to connect the phone to the cable TV?

The most common solutions are MHL cables and Slimport cables.

Conclusion: How To Connect Phone To TV With USB

In the first case, the most popular protocols are Slimport and MHL, the latter usable only through the TV’s HDMI port and capable of supporting 8K resolution.

The more options to connect the mobile phone without cables are the Chromecast and Fire TV Stick dongles. But also MHL and DLNA technologies. For owners of Apple devices, the most widely used wireless technology is undoubtedly AirPlay 2.

The Latest Is Not Always the Best: Here’s How to Restore An Old iPhone to Its Heyday

What is NFC On Phone

Why Is My Phone So Slow