Huawei CEO, Richard Yu has revealed that the company will announce new Mate series products at a tech event taking place in Shanghai, China on November 25.

Yu made the announcement on the Chinese social network Weibo. And from the look of things, Huawei MatePad Pro tablet may be unveiled along with other Mate series products. Although, he didn’t explicitly state that the tablet will be announced on the event, but it is very likely to see the tablet on that date.

Huawei MatePad Pro’s full specifications have not been officially revealed, but rumors and leaked images of the tablet show that the device sports a punch-hole display with thin bezels surrounding it. Reports also reveal that MatePad Pro will feature a stylus and magnetic keyboard, with a dual camera plus an LED flash on the rear. 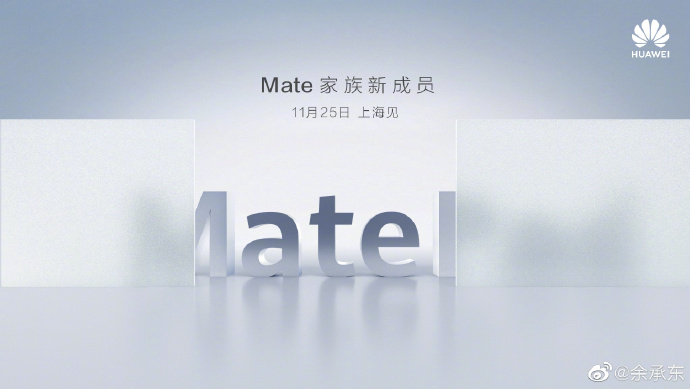 The MatePad Pro is also rumored to have a Kirin 990 SoC controlling the device, along with 8GB of RAM and 256GB of internal storage. The tablet will have at least four color options available, which include White, Black, Green, and Orange.

Recently, the Chinese certifying authority website awarded the device with 3C certification, and on that process, it was confirmed that the MatePad Pro will come with 40W fast charging support. Huawei may also unveil the standard MatePad variant of the tablet on November 25, but we are not sure of this for now. I guess we have to wait for further information. STAY TUNED!!

After releasing the trending Vivo S1 android smartphone, the brand is back again with a more improved device dubbed Vivo...