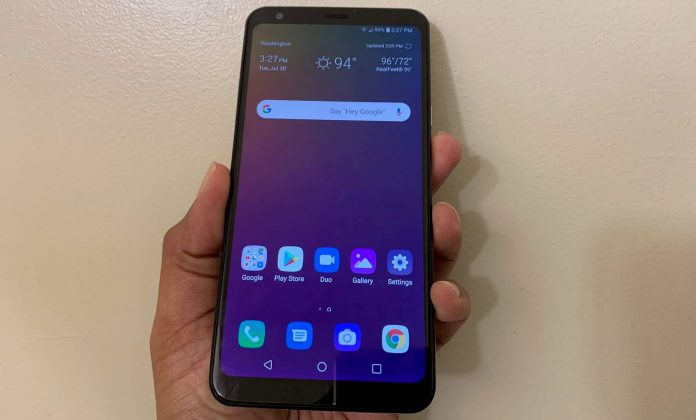 It’s past a year since the release of LG Stylo 5 to the consumer market, but this phone is still making a buzz on many phone lovers. LG Stylo 5 was released in June 2019 by the LG company, and this phone features some impressive specifications that we are going to talk about in a few. The company LG has been around, and the products that this company makes are top-notch. today we discuss about the lg stylo 5 review in 2020

The thing about a big brand is they always want to maintain their reputation all the time; therefore, they up their game when making consumer products. When it comes to phones, there are a bunch of things that consumers love to see in them, depending on their job or day to day lives.

Smartphones are an integral part of our lives today as we tend to do almost everything with them. So many people consider their smartphones as their little pocket computers as they offer them a comprehensive option of things to do. For example, some people work entirely on their phones, and they need a phone that meets specific needs. Before the release of LG Stylo 5, there was LG Stylo 4, and the phones looked similar in size, but few specifications make this phone stand out. In this article, LG Stylo 5 review 2020, we will highlight all the different features of the LG Stylo 5 and why it’s still worth in 2020. This will be a complete review, and nothing will be left out at all.

To start the LG Stylo 5 review, we will look at the feature that almost everybody wants to know, and that is the display. The LG Stylo 5 features a 6.2-inch display that comes in at 1080 x 2160 pixels with an 18:9 aspect ratio. A phone display is so important as it transforms how you see your phone when using it.  There are instances where we happen to strain our eyes while using phones, and that is not healthy, especially when using your phone for a long time.

That is the good thing about having a phone with a bigger screen as you won’t be struggling to check on tiny messages on your phone. The other thing I did notice while doing the LG Stylo 5 review is the quality of the resolution you get when watching videos with the phone. The color rendition and picture are very excellent, especially when watching 4K videos. I love what the phone display can do now, even if there are phones that have a better display than it right now.

Phone storage is something important, especially with this era of social media, where there is a lot of media content sent to our phones. While researching for the LG Stylo 5 review, I noticed the phone only had internal storage of 32GB, which I do think is a little bit considering some phones come with more space.

A 32GB of space is a large space to some if they happen not to be storing a lot of data on their phones, but it can be little to some. However, I did notice something else with the phone, which is so amazing, and that is the microSD. The phone supports a microSD, and this microSD is expandable up to 2TB, which is mind-blowing. There is a lot that you can do with 2TB, and that can even store an endless amount of data. If you happen to be a guy that downloads lots of music albums or films to your phone, then this extra feature of the microSD can be of great advantage.

Over the past few years, most smartphone developers have been installing fingerprint sensors on their phones, and the LG Stylo 5 is no different. Most people have gone crazy about this feature as it helps them maintain their phone securely compared to using pins and patterns. I could not leave this feature out while doing the LG Stylo 5 review, as this is what other customers often inquire about before buying a phone.

One good thing about using a fingerprint is that we all do have a unique fingerprint, and that is no one else can access your phone without the right fingerprint. There are so many instances where phones have been hacked, and these phones are often using pins or passwords. Fingerprint sensors help minimize the chances of hacking one’s phone as it’s hard to get the original fingerprint if you are in a different part of the globe.  This is an impressive feature that is growing rapidly, and LG Stylo 5 has it making the phone still viable in 2020.

When going shopping for a phone, most people first tend to inquire about the phone’s camera and how good it is. A camera is now becoming an essential thing, and a phone without a good camera is not going to stand the market competition. Phone brands are competing on cameras nowadays, and there are even phones that have two or three cameras at the back. The LG Stylo 5 has only one camera at the back and not like the new phones coming out with three, but this camera is epic.

The good thing about LG is the quality of the camera, which you can’t compare to phones that even have three cameras. The LG Stylo 5 has a 13MP rear camera and a 5MP front camera. For the purpose of the LG Stylo 5 review, I did try the cameras, and I was impressed by the photos that I got with the rear camera.  When it comes to the front camera, I think LG would have upgraded the camera to about 8MP so that it can compete with most phones out there. The quality of the front camera is not that good, and also the rear camera does not support a portrait mode, which is some drawback to LG Stylo 5 review.

RAM is the engine of a phone that means it’s the one that determines how fast or slow your phone is. If you look at a car, you need a good engine to run smoothly, and if your engine has less horsepower, there is a high chance you are going to be late somewhere.

The LG Stylo 5 has a RAM of 3GB, which I think is still pretty high to get you around on many things. Some phones have come out with a RAM of 6GB while others have a RAM of 8GB, which is high, meaning the phone is fast. Before wring the LG Stylo 5 review article, I tested how fast the phone was going to perform some of the functions, and I did note this RAM can get a lot done. The phone works fine without lags, which is excellent, especially when you are multitasking.

LG Stylo 5 runs on a Snapdragon 450 processor, which is not that bad, but this processor ensures there are no issues of lags with your phone. The processor may be a little back when comparing the newer versions of Snapdragon that have come, but this I can assure you can get a  lot done. What a processor does is process the information that you feed; it lets ay to launch an app, and it will carry out the task.

The Snapdragon 450 is the brain of the phone and thus plays an integral role when it comes to performing specific functions. What I do like about this processor is the fact that I did compare some phones from 2020 with a higher processor, and I did note that LG Stylo did not lag that much. This LG Stylo 5 review process involved a comparison of several phones to see if this phone is still wort in 2020, and yes, it is.

The higher the battery capacity, the longer your phone is going to last while in use. Phones today tend to use power a lot because of the high computing power that the phones are having. Many apps drain a lot of juice from the phone, therefore, making your phone to lose power very fast. The LG Stylo 5 has a battery capacity of 3500mAh, which is not that big but pretty decent, and it can last you for a while. If you happen to have so many applications on your phone or play a lot of games, then you can run into issues where your power gets depleted quickly. I tried watching movies with the phone for the sake of the LG Stylo 5 review, and I managed to watch about three movies before I ran into issues of power.

I tried upgrading the operating system software for the LG Stylo 5 review, but I did not manage to do so, but there is a way you can upgrade. If you manage to upgrade the operating system, then you will be able to use a newer version, but I think the Android 9 Pie still gets a lot done. This is one feature that you will not find in many phones of 2019 and making it valuable in 2020.

All the buttons that are the volume and power are placed similar to most smartphones. The other thing about this phone is that it has a noise-canceling microphone and also there is a microphone jack. The LG Stylo 5 uses a USB Type-C port, and there are also powerful in-built speakers. I could not finish this LG Stylo 5 review without talking about the stylus.

This is what appeals to the phone still in 2020, and there are no other phones beside Galaxy that have a stylus. The LG stylus is simple but works pretty well, and it’s reliable. The stylus pen allows you to write notes, save them, and even share. There are other things that you can do with the stylus pen, which you can try when you have time. You can customize a lot with the stylus, and you can get a lot from it.

To conclude, this LG Stylo 5 review has highlighted everything that you need to know about the LG Stylo 5 phone. We did discuss the best features that are still valuable in the 2020 market and also some that are not good. All in all, this article has pointed a lot, which can help you in deciding if it’s still worth buying an LG Stylo 5 phone in 2020 and hope you take something from it.

Why is LG Stylo 5 a good phone?

There are a lot of features in LG Stylo 5 that make the phone stand out from other phones. The thing about Stylo 5 is the stylus pen, which eases your navigation around the phone, and few phones have this feature.

Is LG Stylo 5 a waterproof phone?

The company states the phone is waterproof, but you cannot leave the phone for over 30 minutes in water. Also, the phone should not go below 3.5 meters as your phone can run into issues of not working.

Does LG Stylo 5 have a fingerprint sensor?

Yes. The phone has a fingerprint sensor that responds so fast, and this is a secure way of locking your phone.

What are the different types of kitchen knives and their uses?

Types Of Processor In Computer And Their Features

Cost Of Solar Pool Heater And How It Works