The latest Oppo A1K was launched last week for an equivalent price of $150 in Russia. Today, the Android smartphone has arrived in India at a much lesser price tag than the launched price.

The Oppo A1K is a budget smartphone with Helio P22 chipset. The phone has a single 8MP rear camera with f/2.2 and a 5MP f/2.0 front-facing camera for selfies. The display is 6.1-inch LCD with HD+ resolution and a tall 19.5:9 aspect ratio. The display also has a waterdrop notch that houses the selfie shooter. The smartphone has just 2GB RAM and 32GB internal storage option and the phone storage can be extended via microSD card. 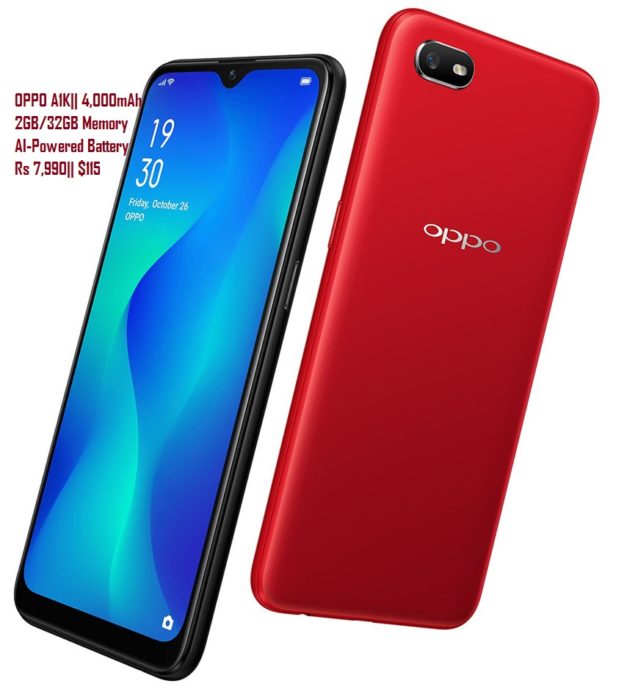 The Oppo A1K does not have a fingerprint scanner but features a Face Unlock. It is also powered by a 4,000mAh battery with 2x fast charge. The A1K can be purchased at major mobile phone offline shops in the country for INR8, 490, which is less than $125.

Motorola one fusion plus specifications

Realme 5i Price in Pakistan