A new Vivo Android smartphone has joined the league of smartphones with triple rear cameras, which are getting more rampant these days. The smartphone is named Vivo Y3, which features an ample 5,000mah battery and of course a triple rear shooter setup at the back panel. The company officially launched the smartphone and the specifications and the price was revealed through JD.com listing in China.

The Vivo Y3 is listed on the e-commerce at the price tag of RMD 1,498, which is equivalent to Rs 15,000 in Indian currency. The Android smartphone sports 4GB of RAM and 128GB of internal storage which can be expanded via microSD card. The color options available include Peach Pink, Ink Blue, and Peacock Blue.

The Vivo Y3 is a mid-range smartphone that is powered by the MediaTek Helio P35 chipset. The display is pretty big, thanks to the 6.35-inches HD+ display with a small waterdrop-like notch at the top. The smartphone has only the 4GB/128GB variant available at the moment. The Vivo Y3 also offers screen-to-body ratio with an aspect ratio of 19.3:9. As per the design, the smartphone has a gradient finish which makes the device looks attractive.

The smartphone sports a triple rear camera setup at the back as the major selling point.  The cameras comprise of a 13MP main camera, an 8MP ultra-wide sensor, and a 2MP depth sensor- all vertically placed at the top-left corner. Then on the front, the phone houses a 16MP shooter for selfies, video calls, and for face unlock. The fingerprint scanner is placed at the back. Another major highlight of the Vivo Y3 is the 5,000mAh battery onboard. The battery supports 18W fast charging to keep the power on. In terms of software, the phone runs Android 9.0 Pie based on FunTouch OS 9. 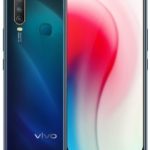 Redmi Note 7S to be Unveiled on May 20

Xiaomi’s sub-brand Redmi took to its Twitter to announce the coming of the new Redmi Note 7S on May 20...