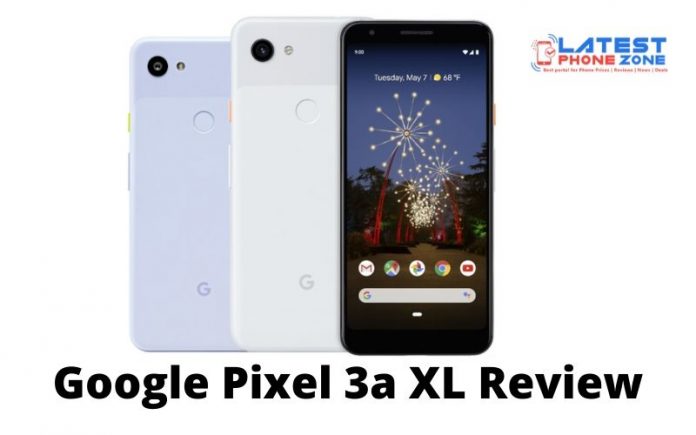 When we talk about making the world a better place with technology and information, the first name or the company which comes in my mind is Google. Google has been the most influential company ever in the history of mankind, period. The main goal of this company is to make people realize the importance of information and technology and use this valuable resource to enhance the standards of living. It has always worked for the betterment of humanity and mankind. Here we will give you a complete review of google pixel 3a XL.

Now let us talk about the business and the market of Google. Google has been mainly a tech company. It first started its journey as a search engine, and now Google TLC has become a thought, a Tech Giant rather. They have put their hands on almost everything which is related to technology.

As the Smartphone market was rapidly growing, all eyes were on Google as they were the ones who are providing Android, the most commonly used OS in the smartphone market. But as they are literally running the industry, why not make their own phones, which can be the best ever Android experience. Maybe the Gods heard the unspoken desire and made Google rethink their strategy of making physical products that can interact with their consumers directly. Thus Google Pixel was introduced to the world.

Google Pixel is a smartphone series, marketed, and produced by Google. Yeah, big deal! So what! What makes it so special to have the ‘G’ Logo or something like that?

The answer is No! It is a lot more than you think. Google Pixel phones are perhaps the best every android phone with the very best of Android. As Google is making Android, this is very obvious that their devices will be solely compatible with the OS.

Google Pixel 3a XL is perhaps the ‘Budget’ Edition of the high-end Google Pixel 3 and 3 XL. There was always a desire of people that Google would make a Pixel that suits their pockets. They want to enjoy the best out of Android at a price point that is affordable and sleek. So here it is, guys! The all-new Google Pixel 3a XL. It is a slightly downgraded version as it is supposed to be in the budget! But it is still loaded with hectic features and the killer camera performance that the Google Pixel is famous for.\

In the US Markets, this phone is priced at around 260 US Dollars. So that makes this phone a mid-range phone. So the basics are still the same. We will be reviewing this bad boy and come to a decision whether this dude is worth your money or not. So do stick with us so that you can see all the details first hand. Without further ado, let us move on to the review.

Google Pixel 3a XL Review: The Best of Google in Budget?

Google Pixel 3a XL, as I have said before, is designed under this consideration that the people desire something that suits their payrolls. But, every penny does matter. So we will be pushing this phone to its limit so that we can have an understanding of what this phone is really made of, and can it stand up to its expectations?

There are some aspects that help you understand the capability of a certain device. These are:

We will examine the all-new Google Pixel 3a XL according to the list. So I hope you guys will stick with us till the very end.

The Design of Google 3a XL: The Signature Extra-large Pixel!

When we talk about the design of a Pixel, then the first thing which comes in my mind is those big gigantic phones with cool durability. This particular phone is mainly made out of high-end plastic, and the front side is made out of the glass as it is the screen. The dimensions of this phone are 6.30 inches in length, 3.00 inches in width, and 0.32 inches in the breadth. As far as the weight is concerned, it is weighted around 167 grams. It is a big phone. You have to admit that. No wonder it is named ‘XL’!

This phone is very classy in terms of the looks and is indeed very appealing. Now let us see what the display is made of.

The Display of Google Pixel 3a XL: The OLED Delight!

As I have mentioned earlier, the all-new Google Pixel 3a XL has been opted to go fort the traditional screen module. That means it has no fancy notch or cut-outs. But that does not mean that the screen is less in some sort.

This little dude comes with a wonderful full HD OLED Screen. OLED is perhaps the most premium tech in terms of screens and displays. This 6.0 inches OLED Screen comes in full high definition with a resolution of 1080 pixels into 2160 pixels. The aspect ratio is 18:9. The screen to body ratio is close to 76.3%.

As far as the screen quality is a concern. It is one of the best screens so far in the business. The brightness, color contrast, and even power efficiency are beyond compare.

The Performance 0f Google Pixel 3a XL: The 670 Chipset and More!

The Hardware of Google Pixel 3a XL

This phone comes with a mid-range yet powerful chipset of Qualcomm. It is powered by Qualcomm Snapdragon 670. This 10 nm chipset runs in eight cores at a clock speed of 2.0 GHz for the first two Cores, which is Kryo 360 Gold, and the remaining six cores run at a clock spend of 1.7 GHz Kryo 360 Silver. The GPU is of Adreno 615. The RAM is of 4 GB, and the Storage is 64 GB. There is no option for expansion of the storage VIA external storage. So that might be a setback for people who needs a lot of storage in their phones.

The Software of the Google Pixel 3a XL

As this is a Google Pixel, that means it runs in the Stock Android version. The version is Android 9.0, which is commonly known as PIE. But this phone can be upgraded up to Android Version 10. So this will be updated as soon as the Android 10 hits the market.

As this phone acquires the Stock version, people will be experiencing the best of Android. The power management and energy consumption are very optimal, and the performance is buttery smooth. People will certainly love the user experience, and this phone will be praise3d for its power and performance.

As the phone is produced by Google, and on the counterpart, Android is also developed by Google, the collaboration is top-notch. Google has been very aggressive as per as the phone is concerned. So the performance is very pleasant and efficient at the same time.

The Camera of Google Pixel 3a XL: The Killer Camera in the Business!

Perhaps the fascinating feature of this smartphone or any other Pixel Smartphone is its camera. Google has been doing an insane job with a single camera! As the picture and the video quality is leagues ahead of the game. The results are simply out of this world.

No wonder top reviewers have been voting Pixel Cameras as the best phone camera every year. In my thoughts, the most stand out part is that it does all these wonders with a single camera module. Thanks to the awesome tech support from Google. Google introduced Google Lenses in the Pixel Phones, which is the main hero behind this triumph.

The main camera of this phone is of 12.2 Mega Pixels with a 28 mm wide lens. The aperture count of this camera is f/1.8. The additional sensors are dual Pixel PDAF and OIS. That means this camera has excellent image processing and stabilizing facility. There is a dual-LED flash right beside the camera for additional light support.

The front-facing camera AKA the selfie camera is of 8 Mega Pixels, and it has a focal length of 24 mm. It is also a wide camera with an aperture count of f/2.0. This 1.12-micron camera supports HDR.

The pictures are optimized with Google Lens, so the outcome is very premium. These cameras work brilliantly in low light conditions. So, when you are willing to outside in the evening or enjoy a night full of stars, then you can click great pictures with this phone.

OIS enables to shoot at maximum image stabilization with the rear camera. So when you are shooting something which requires a lot of movement, then you will not have to worry too much for the shakiness in the picture quality.

The Battery of Google Pixel 3a XL: The 3700 mAh Powerhouse!

The Google Pixel 3a XL comes with a 3700 mAh Battery, which is nonremovable. You might be thinki9ng that the other competitors are giving much more battery power in their devices. But this is Google guys! They are the king in power management that means this 3700 mAh battery can do a lot of wonders when it comes to back up and energy optimization. To charge this bad boy, the phone comes with 18 Watt fast charging and USB Power Delivery 2.0.

Sensors and Other features

The fingerprint is rear mounted. All the other sensors are installed and 100% optimized.

Google Pixel 3a XL is splash-proof. That means it can prevent accidental splashes. But it is not completely water-resistant.

FAQs of Google Pixel 3a XL:

No, it is splash-proof. So the user is discouraged from dumping the phone into liquid.

The Google Pixel 3a XL has fast charging of 18 watts with USB Power Delivery 2.0. But it does not support wireless charging of any sort.

As far as the phone is concerned. It is a very good phone with satisfying performance and killer camera outcomes. But judging by the price range, it should have been under the 250 US Dollars mark. If Google could manage to do so, then this will be considered as one of the best mid-range smartphones with awesome power. That was all for today, folks. Good Bye!