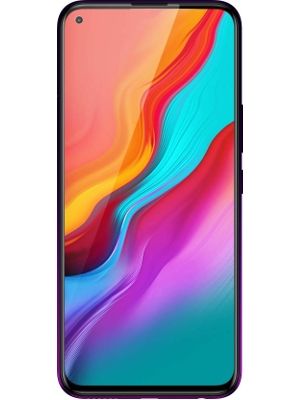 As the Infinix Hot S4 is still trending hot in the Nigerian market, Infinix Mobile is getting ready to release another budget Android smartphone called Hot S5 with a code name Infinix-X652. This latest device has featured on Google Play Console, revealing some of the key specifications. Well, you may say it is too early to see another addition to the Hot-series since the latest Hot S4 and even the latest Hot 8 are still fresh in the market. But, Infinix doesn’t think so.

The Infinix Hot S5, according to the listing will feature an HD+ display with a punch-hole, instead of a waterdrop-style notch that Hot S4 features. The phone will be powered by an entry-level MediaTek chipset, plus other specs as revealed. Below is all you need to know about the new Android smartphone and the expected price in Nigeria.

UPDATE: Infinix Hot S5 has been announced officially in India on October 15. Sales to commence in Nigeria on 21 October. But, all that you see here is based on the unofficial leaks gathered from different reliable sources. We will keep updating this post as we get more official information.

Infinix Hot S5 (X652) might come with a Polycarbonate body design, sleek and glossy gradient finish. The trending Infinix Hot S4 has waterdrop notch housing the front camera, but in this upcoming Hot S5, it may likely feature a punch-hole just by the top left-hand side of the display. The volume rockers and the power button are seen on the right spine, and there is a sizeable chin beneath the display

Unfortunately, the listing did not reveal anything about the cameras and battery. But, since the Hot S5 is meant to be an upgraded version of the trending Hot S4, we might see a triple camera setup at the back ( 16MP + 5MP + 2MP), with something closer or higher than the 32MP front selfie camera seen on Hot S4. 4000mAh- 5000mAh battery wouldn’t be a bad idea for such a budget Android smartphone.

Infinix Hot S5 is listed with an entry-level  MediaTek Helio P22 SoC, along with 4GB RAM which we expect to be paired with 64GB of internal storage. The storage could be expanded upto 128GB via MicroSD card (not confirmed). The smartphone may ship with the Android 9 (Pie) operating system. This is all the specs revealed so far. More details will be added as we get them.

Infinix Hot S5 price in Nigeria is expected to be around N46,000 for the 4GB/64GB internal storage base variant and might be launched on Oct 18, 2019. The device will be available in Black and Gold color options.

Preferable Foods for men to Take Care of Their Abdominal Health

Uses and Types of Tissue forceps in Dentistry

How to Crack Government Exam in First Attempt